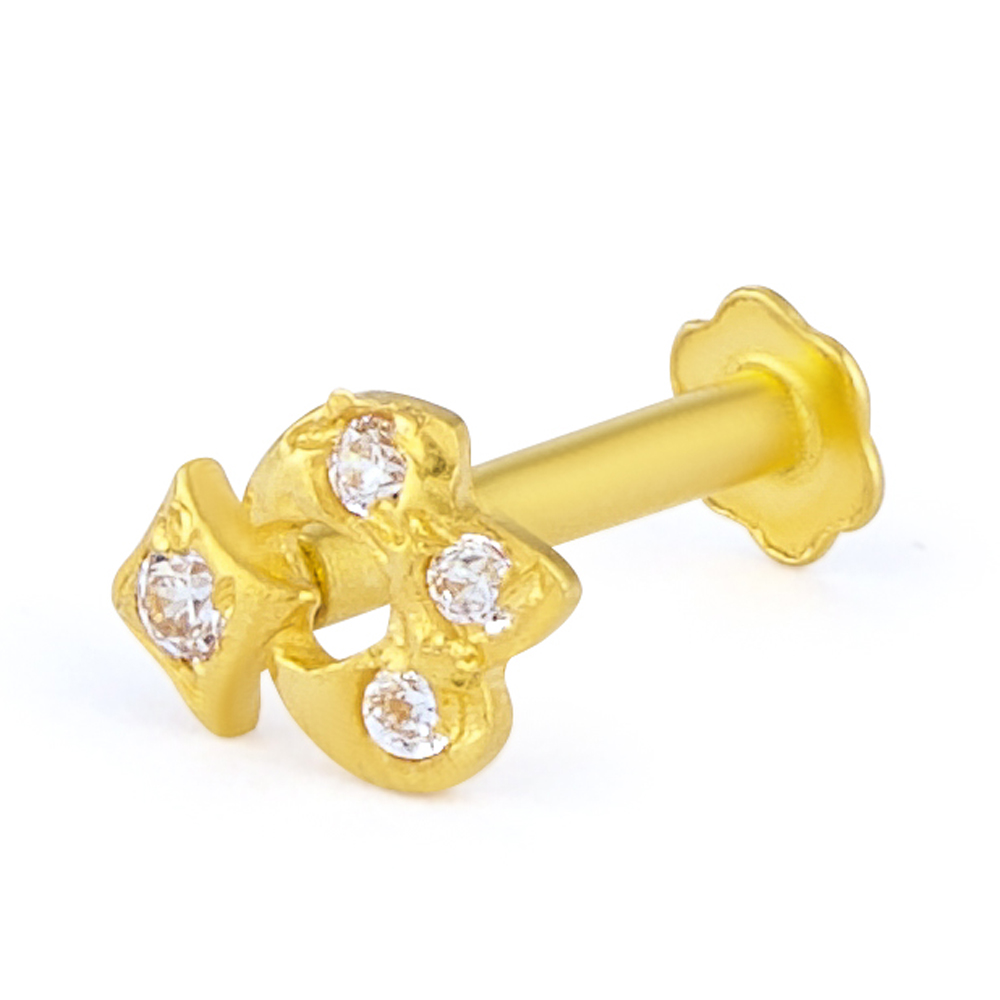 It is said that in India nose rings were introduced by the Mughals in the 15th and 16th centuries. On the other hand, it is also believed that the practice of getting the nose pierced had been a tradition since ages before that. It was believed that the piercing was done at a point on the nose that was traditionally symbolic and biologically essential for women. Further, the idea of decorating the nose was enthusiastically adopted by Indian women and goldsmiths.

Small and big nose studs always end up brightening up your look as they add an element of quirk and culture. This gold nose stud Indian takes cues from Indian architecture and traditional elements. The design of this gold nose pin by Purejewels starts from a kite-shaped element on one side and is further followed by a curved element that looks like an arch. The design is studded with four cubic zirconia stones shining brightly and brilliantly like real diamonds.

Style and flaunt our tiny nose stud with your traditional outfit or even while you wear casuals every day.

It has the right amount of bling and looks gorgeous while adding an edge to your look because of its unusual shape which also makes you stand out. It is here for you to shine bright while you look gorgeous and subtle at the same time. 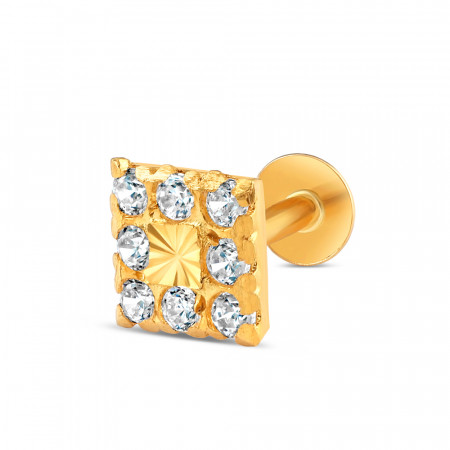 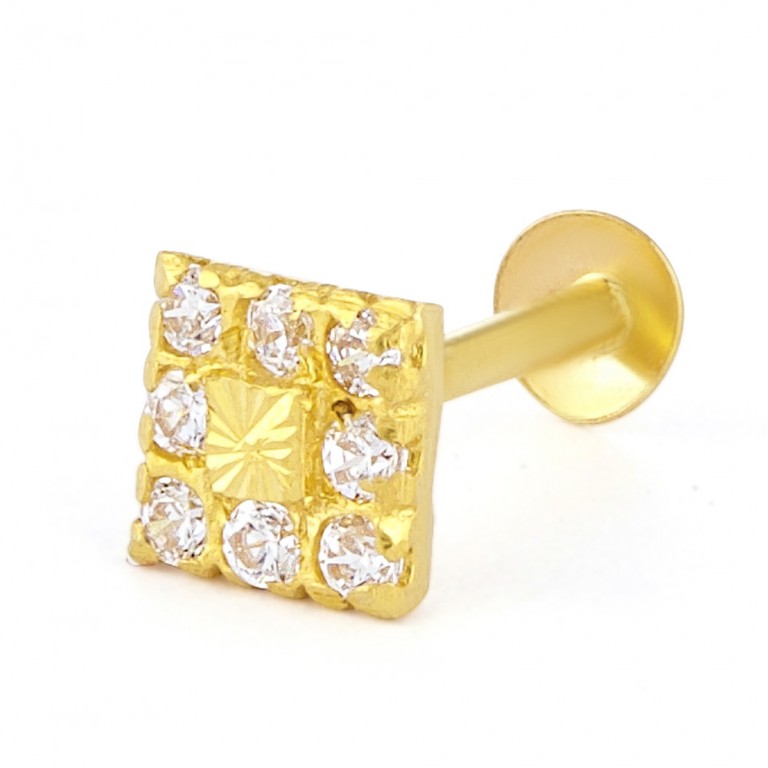 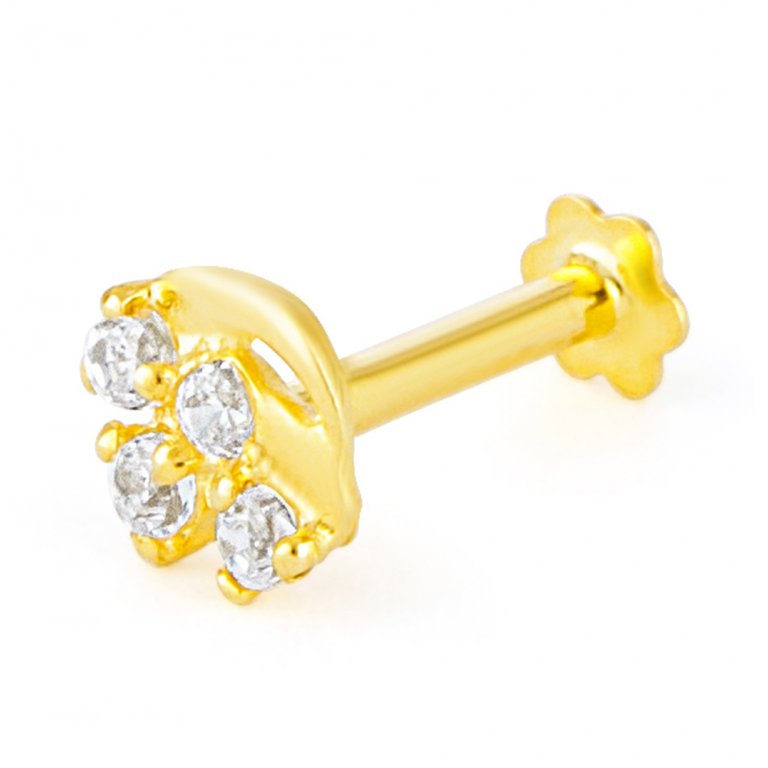 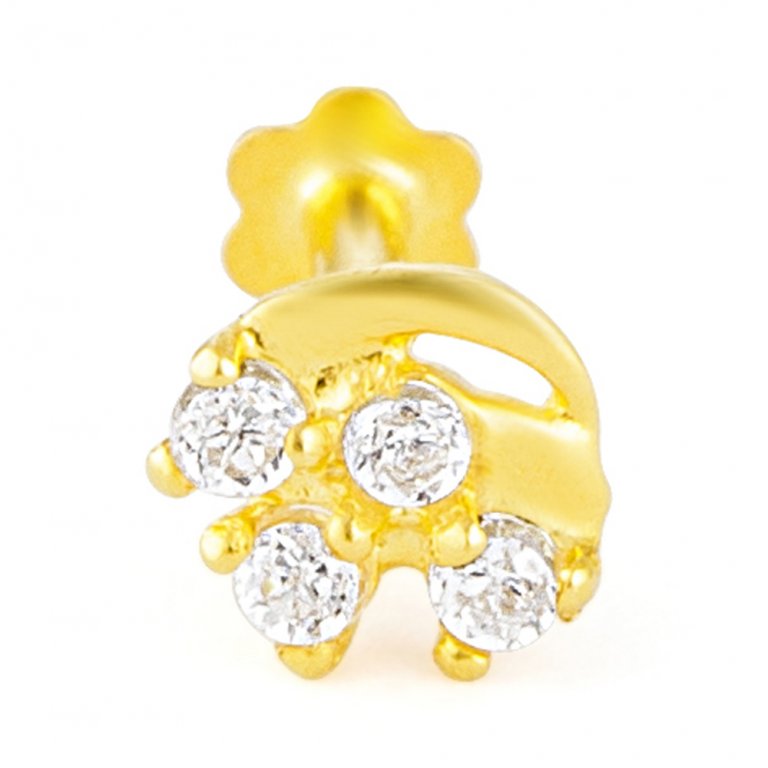 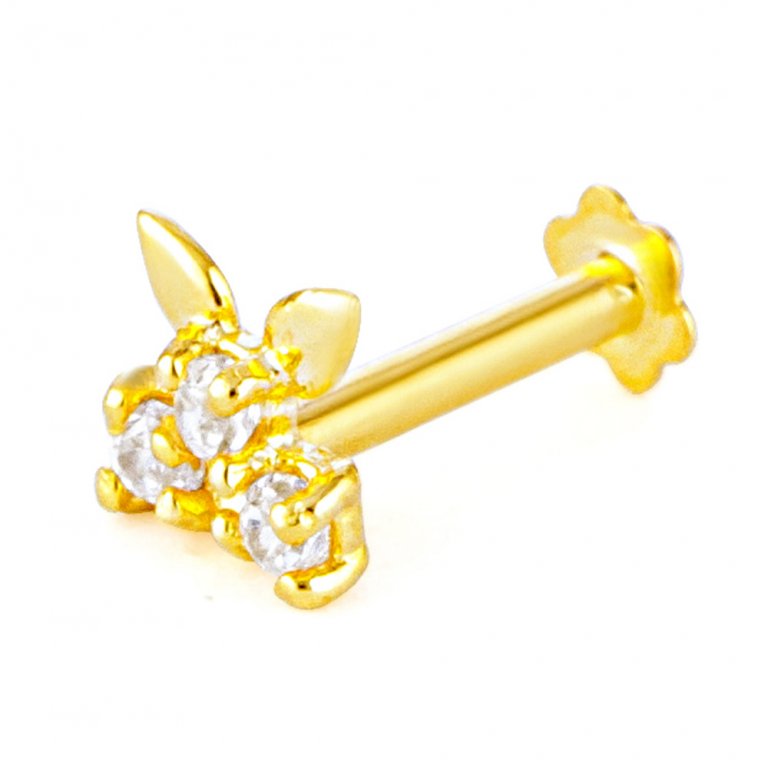 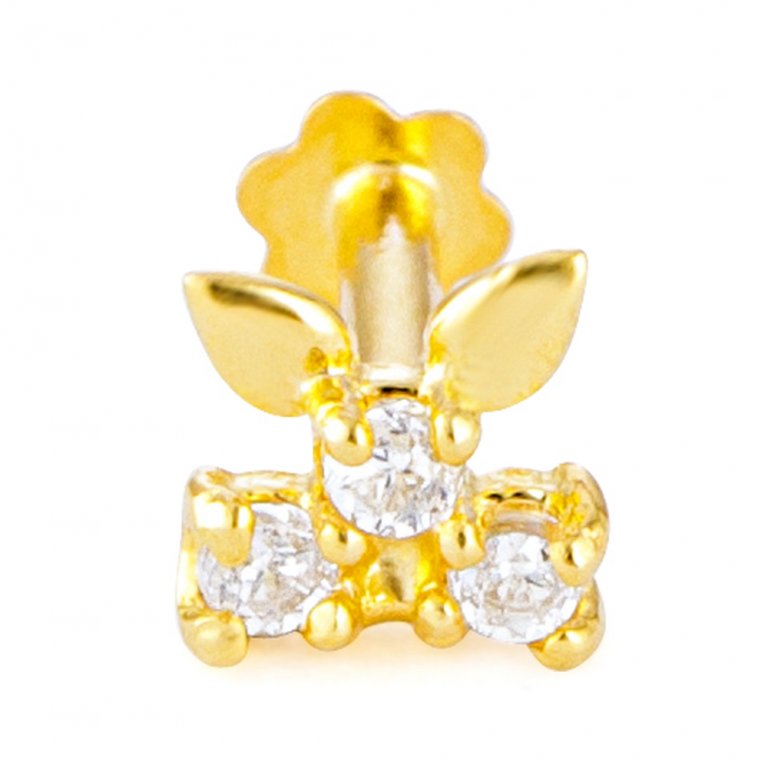 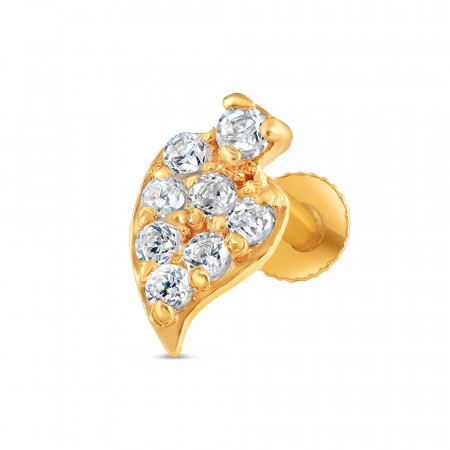 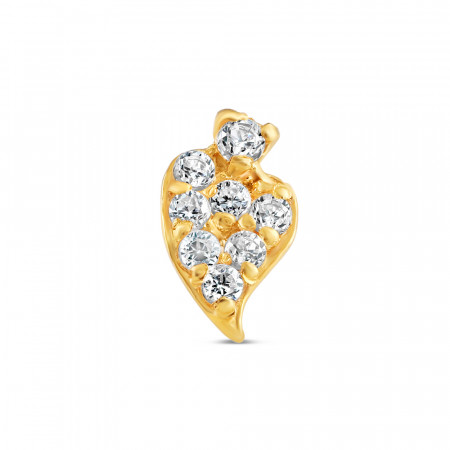 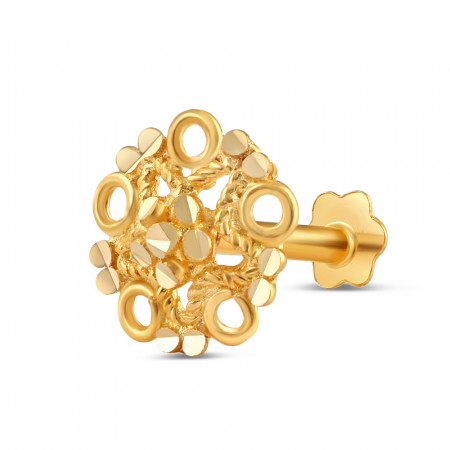 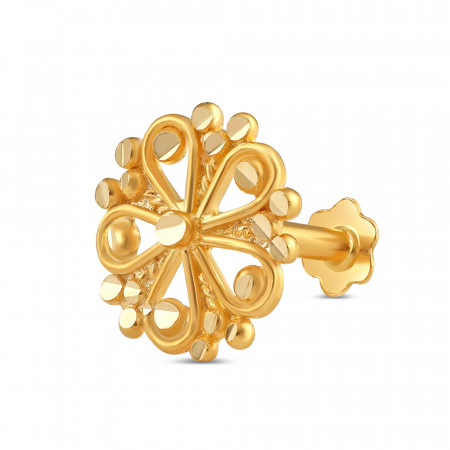 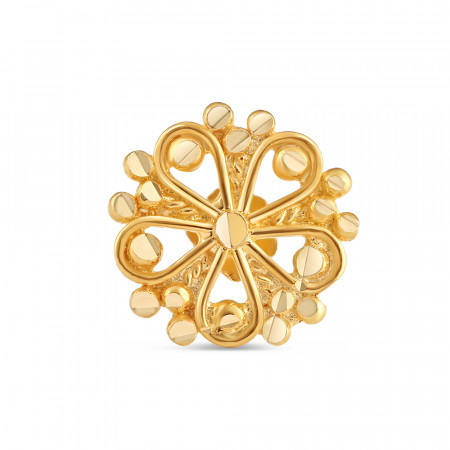 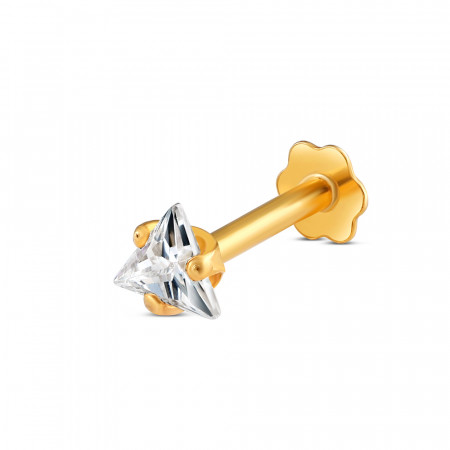