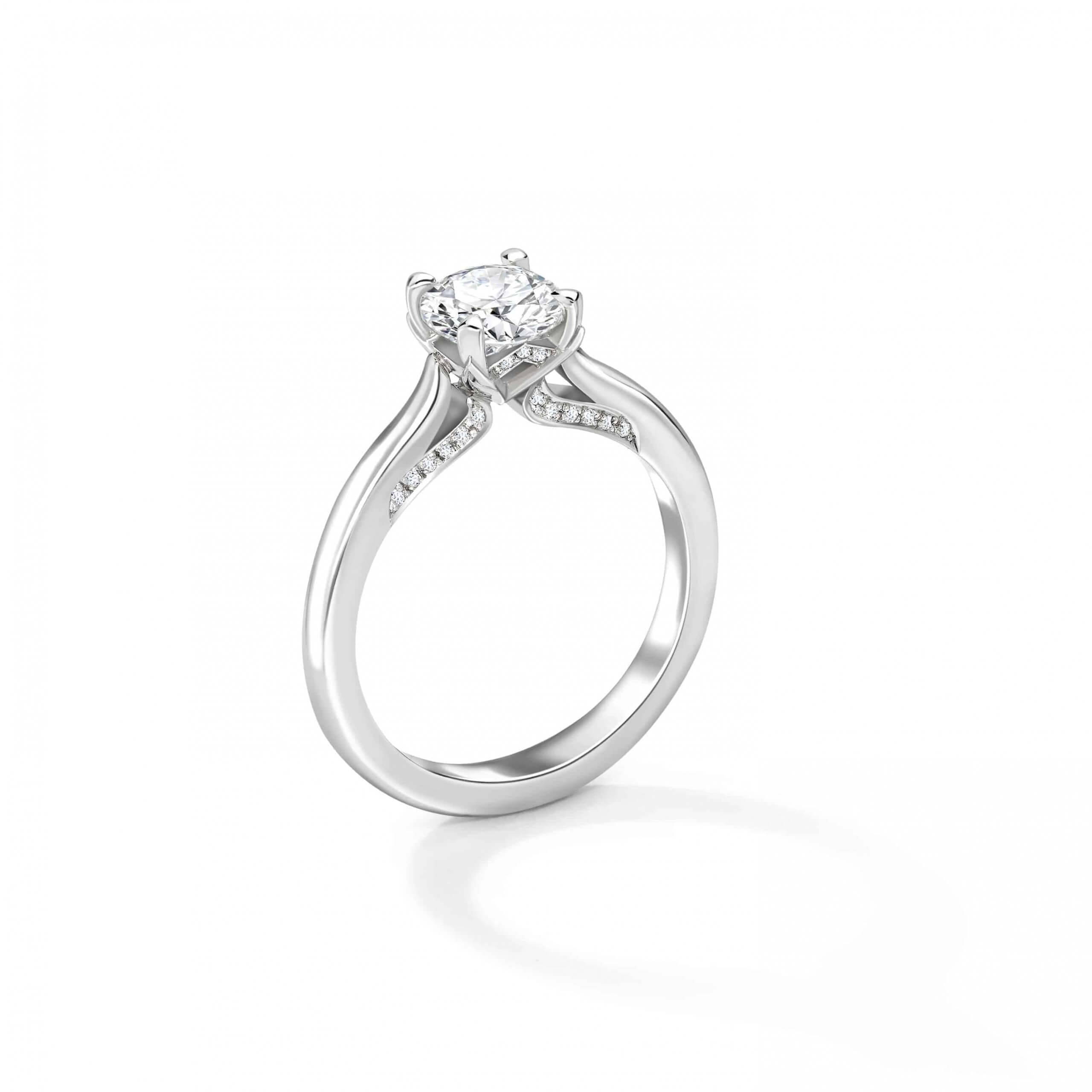 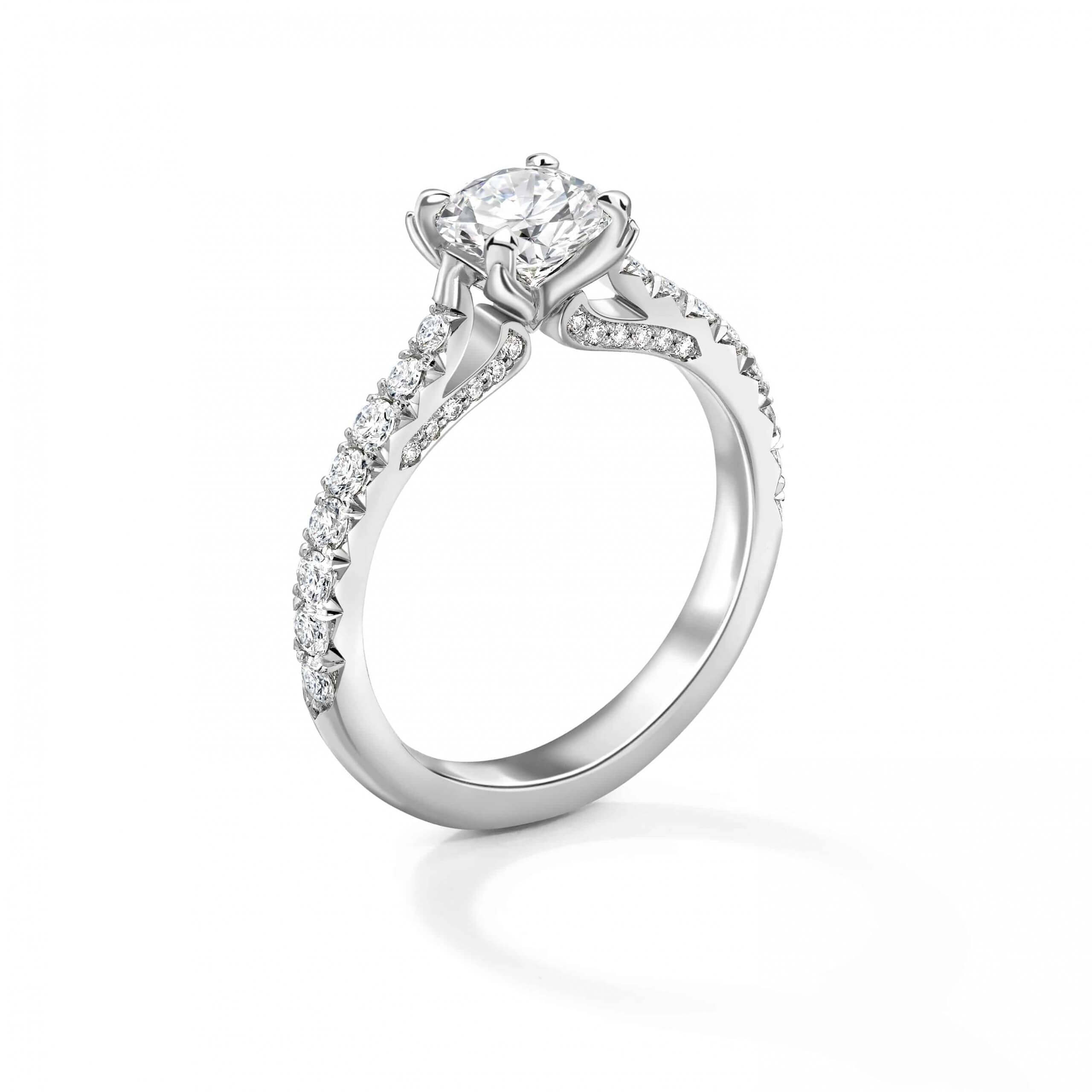 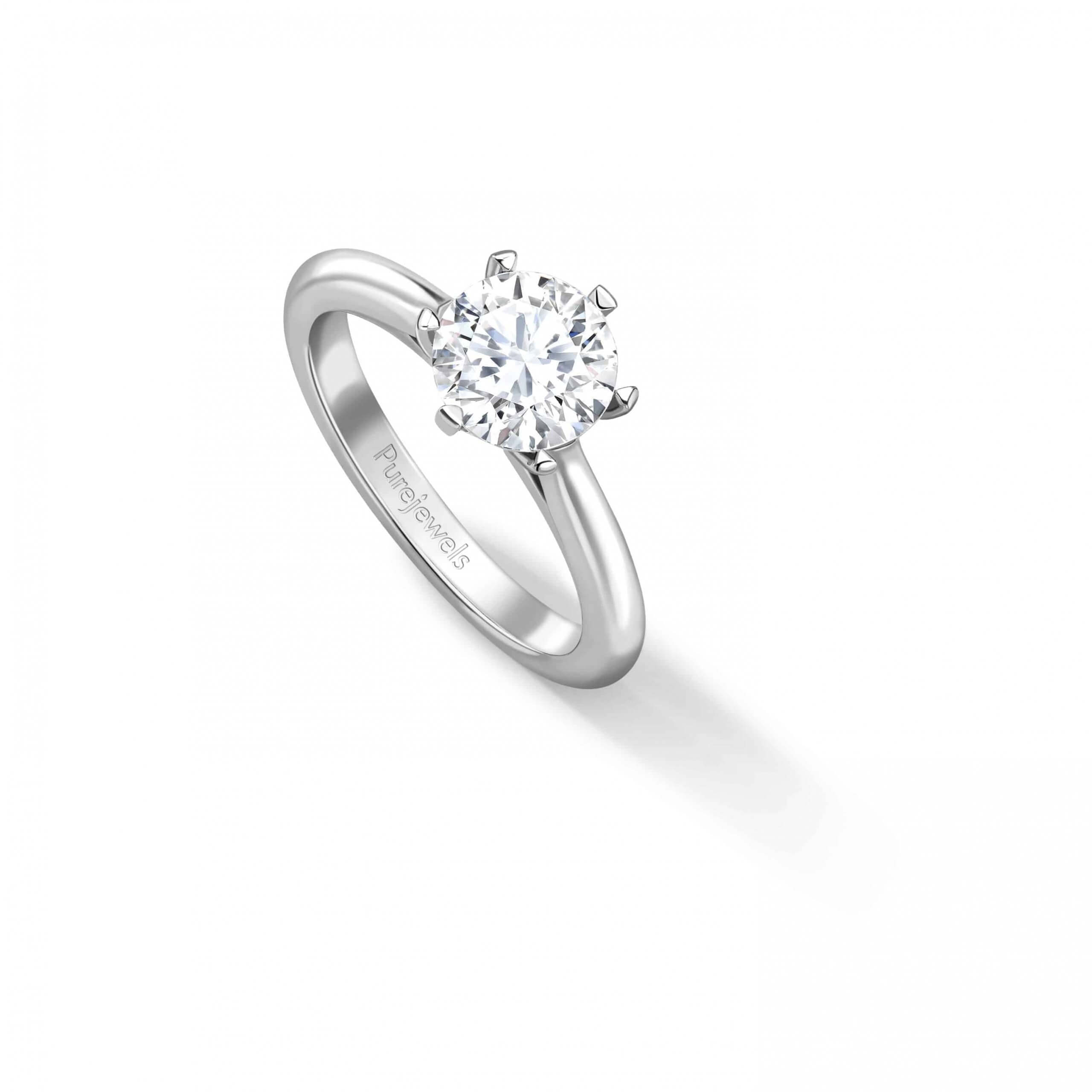 When you open the box to find a Lotus inside, it’s not just the diamond that will be glowing. Our designer was asked to create something as beautiful, strong, and astonishing as true love. Lotus engagement rings are breathtakingly evocative, and simply perfect for your engagement moment.

The Lotus collection began with a simple and elegant solitaire, with a diamond held upon an unusual setting – the prongs representing the lotus leaves that push the waterlily up to the surface of the water.

The lotus is a famous sight in India.  It emerges from the deepest waters, opening a pristine flower; an unexpected and spectacular bloom.  It’s been used as a metaphor for love in the oldest Indian tales, and we liked the meaningful connection.

After the Lotus solitaire was introduced, it became one of our most popular engagement rings.  And so our designers were inspired to create a Lotus collection, all featuring the very special setting.  From the Lotus Palace – which features trailing diamonds along the shoulders of the ring – to the chic Lotus Bud, there is a Lotus to suit every style.

Crafted in platinum with world-class diamonds from the cutting centre in Surat, India, the Lotus is an incredibly luxurious solitaire.

22 Carat Gold Chain 24ct gold bangles Beaded Bracelet children diamond necklace diamond studs diwali gift Filigree gold Gold Bar and Coin gold bars gold tikka Infant kada Luxury Watches Mens gold chain designs rado Raymond Weil Watches rings
We use cookies to ensure that we give you the best experience on our website. If you continue to use this site we will assume that you are happy with it.OkRead more